Julian is auditing the protocols in use on a Linux server and finds that it supports SSH, FTPS, LDAP, and RDP. Which one of these protocols does not use encryption when used in its default configuration?

What we need to do here is eliminate the answer choices that we know are encrypted protocols. SSH, the secure shell, allows administrative connections to servers over an encrypted channel, so that’s not correct. FTPS is a secure version of the file transfer protocol and it is also encrypted. The remote desktop protocol, used by Windows systems, is also a secure protocol, so we can eliminate that answer choice. We’re left with the lightweight directory access protocol, LDAP. LDAP is unencrypted by default, while the LDAPS protocol provides a secure, encrypted alternative. So the correct answer here is the unencrypted LDAP protocol 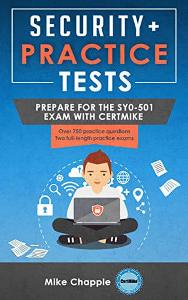